What is wind energy? 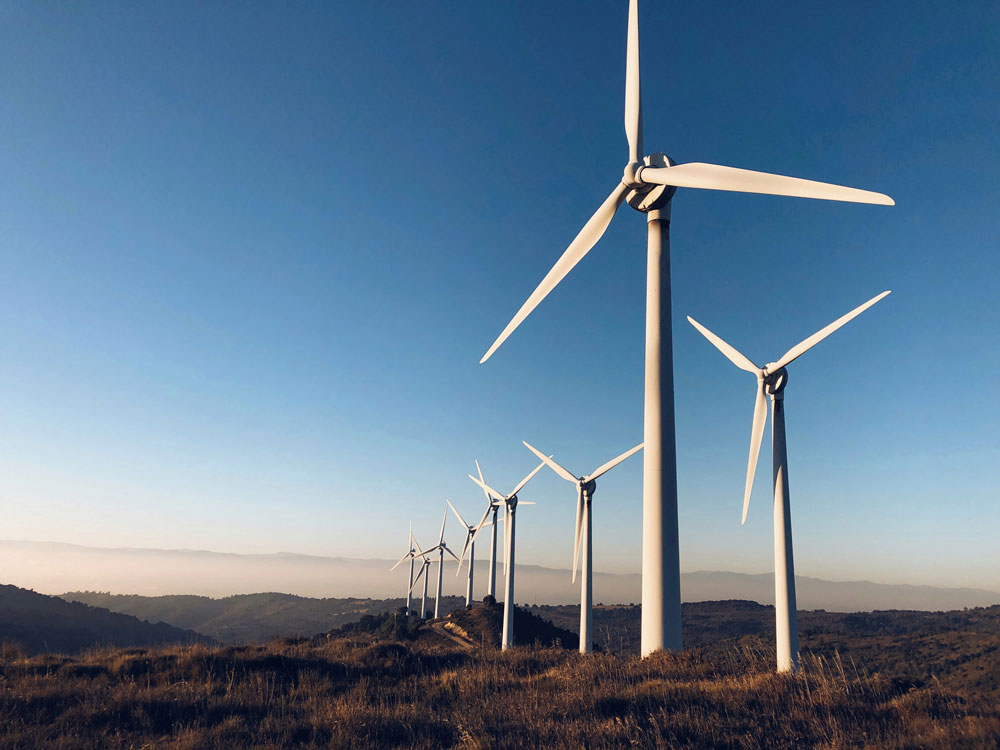 Wind has kinetic energy which can be turned into electricity. This happens when wind turns turbine blades that spin a rotor, the rotor spins a generator and electricity is created.

How is wind created?

Wind is kinetic energy that is created from solar energy by a combination of the earth’s rotation, irregularities on its surface and the sun’s uneven heating of the atmosphere.

What is a windmill?

The terms “turbine” and “windmill” are often used interchangeably, but they are not the same thing. Windmills are used to create mechanical energy, which can be used for work like pumping water or grinding grain. Wind turbines use the wind’s kinetic energy to generate electricity.

What is a turbine?

VAWTs look like electric mixer beaters and have short, wide, curved blades. VAWTs are omnidirectional, which means they do not need to point into the wind to work.

The most common type of wind turbines is HAWTs. They look like the propeller on an airplane and usually have three long blades that face the wind. Many people think of HAWTs when picturing wind turbines.

What is a wind farm?

Large numbers of wind turbines are sometimes placed on land or in bodies of water. When wind turbines are built in a large group, they function as a power plant and send power to the grid. This is referred to as a wind farm or wind project. As advances are made in renewable energy technology, wind farms are becoming more common.

How much energy can wind turbines produce?

How are turbines used?

Wind turbines can be installed and connected to the power grid in different ways.

Distributed wind turbines power the place near which they are installed and power residential, small commercial, or agricultural areas. They are typically small, less than 100 kW, and can be used directly by consumers. They can be used with a combination of other energy sources to provide power to remote or off-the-grid locations.