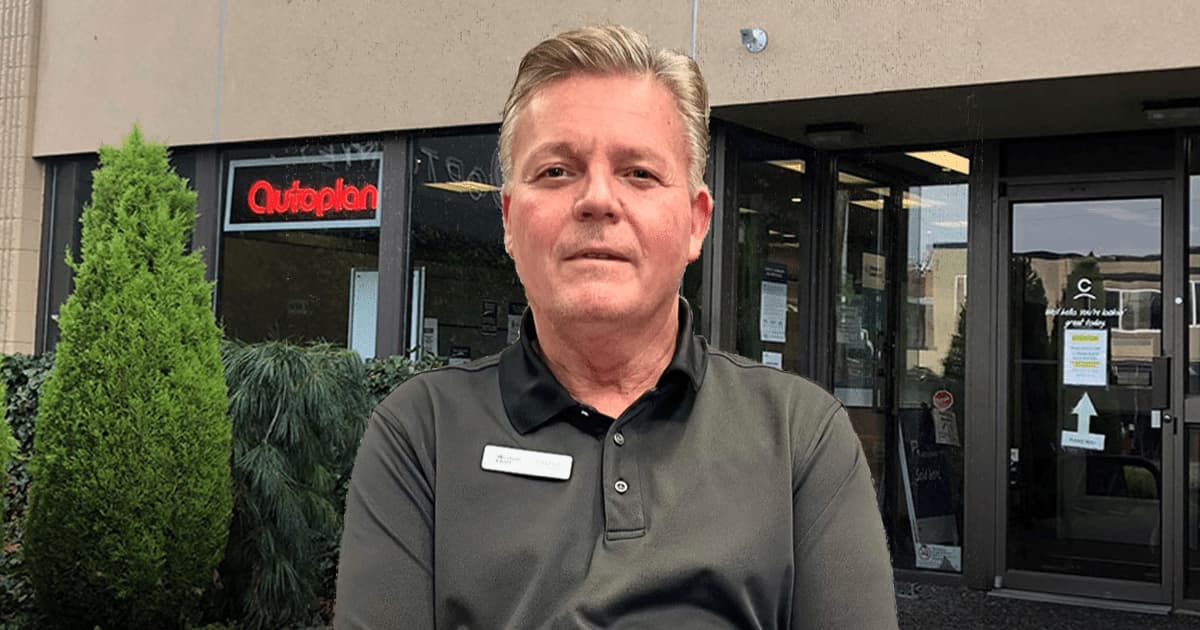 Greg Punt, manager of our Oak Bay branch, celebrated his 35th year with Western Coast Insurance Services in November. Here is what he had to say about his career, our company, and our people.

It’s Monday morning and Greg Punt, manager of the Oak Bay branch of Western Coast Insurance, is already busy. Like many people today, he is contending with staffing woes. Due to the labor shortage and pandemic-related challenges, he has been taking split-days off for over a year in order to take some pressure off his skeleton crew.

On this day he comes to the office early to get a jump on things but we’ve just had a storm and his inbox is full of emails from long-term customers asking what to do about the water in their basement.

Despite all this, Greg sounds cheerful and upbeat over the phone.

When asked about his 35-year career at Western Coast Insurance, he doesn’t skip a beat.

“I use it all the time,” he says, referring to his lengthy tenure with the company. “Just the other day, I was interviewing a candidate for a position and he was shocked to hear that I’ve been working here for 35 years. It really says something about the quality of our company that someone would stay this long!”

And Greg is not alone. There are many WCIS employees with lengthy tenures, and each has different reasons for their continued loyalty to the company. For Greg, the thing that keeps him coming back day after day is the relationships he has cultivated with his customers over the years.

Greg doesn’t just work in Oak Bay; he also lives five minutes away. During his 22 years as branch manager, he has become a sort of local celebrity. “Sometimes I’ll be walking home for lunch and a homeowner will stop doing yardwork to come ask me an insurance-related question. Other times I get approached at the grocery store.” These are all people he knows and has known for years.

Thanks to his job, Greg has cultivated deep, meaningful connections throughout his community.

“I’ve even had customers tell me I’m not allowed to retire!” Luckily for them, he has no plans to do so for a few more years at least.

In addition to these long-standing relationships, Greg cites the quality and loyalty of the staff at WCIS as a reason for his tenure. “I have had very low turnover at my branch. I think that too speaks to the way our company puts its people first. When someone joins our company, they tend to stick around for a long time.”

The other factor – the fact that good leadership drives loyalty – stems from Greg’s willingness to put his team and customers first. But he’s too modest to say so himself.

Congratulations on 35 years with WCIS, Greg!